The Marriage of Figaro﻿
by Mozart

Here come the Count and Countess Almaviva, Figaro and Susanna.
Toss in an amorous teenager, a scheming old maid, a tipsy gardener and a silly young girl,
and you have Mozart’s madcap Marriage of Figaro.
Filled with mistaken identities and plot twists, Mozart deftly maintains a balance
between drama and comedy as the wily Figaro outwits his lecherous
master in one “folle journée” – one crazy day!
With its brilliant, shimmering score and one breathtaking aria after another,
The Marriage of Figaro is Mozart at the height of his genius.


~Sung in Italian with English Supertitles 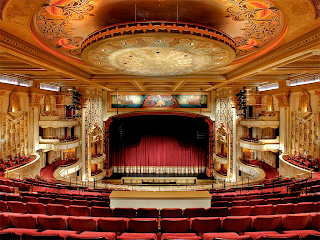 (photos and information from SB Opera and Granada Websites)
Posted by SantaBarbaraTalk.blogspot.com at 8:11 PM

HELLO THERE!!! Oh how I would love to be in SB NOW! But in June, we are going back to our beloved Carmel where we spent our honeymoon 30 years ago. There is so much offered in your town, and I hope you get a chance to go out and enjoy it all!

THANK YOU FOR VISITING! Anita