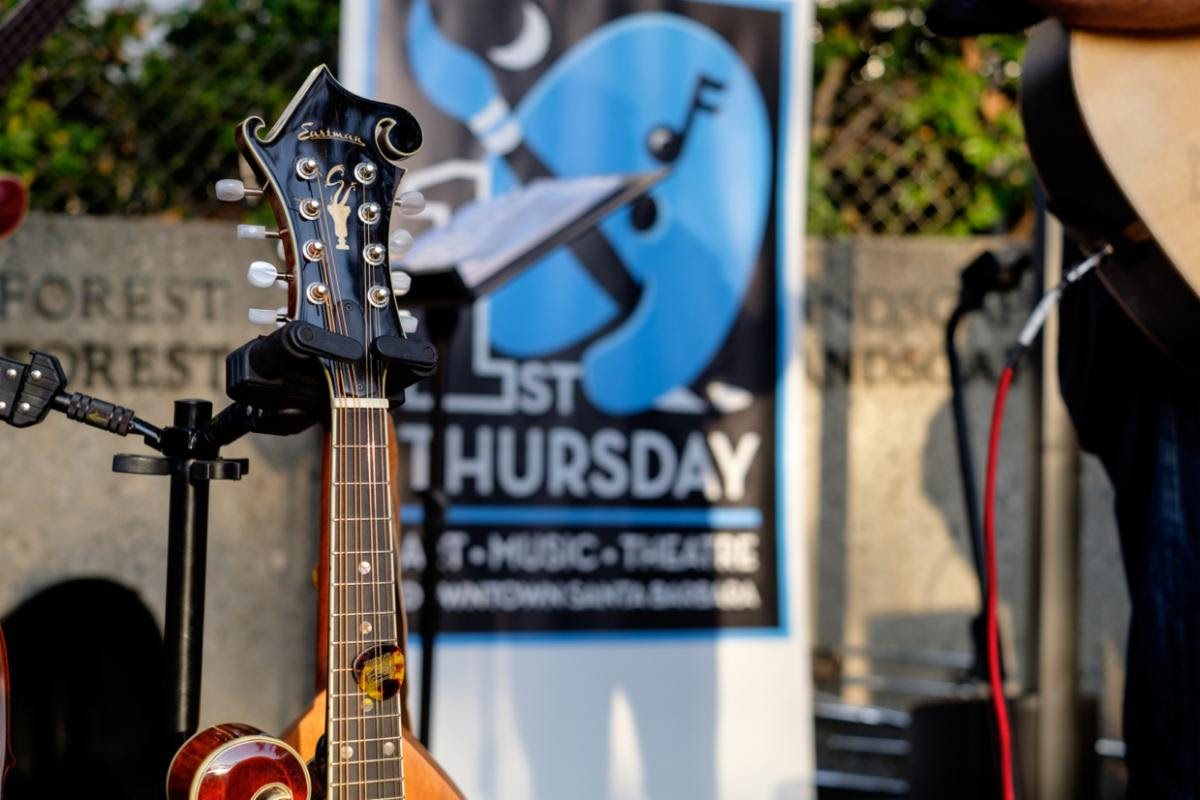 Bella Rosa Galleries
1103 State Street, Suite A, 805-966-1707
Local artist Dan LeVin's Lonely Hearts (hand-
cut playing cards) show continues! New
decks and other playing card art will be
on display. Bring your own deck and he'll
cut it for you. Café Ana
1201 Anacapa Street, 805-888-0262
Local artist Caro Clarke will be showing a
collection of both pen and ink drawings and
giclee prints she created over the past year.
Her work explores themes of self-reflection
and women within their own spaces. We will
be offering a selection of bites from Chef Ryan
Whyte-Buck alongside wine and beer specials
to enjoy while perusing the art! Celadon House
1224 State Street, 805-899-4676
Showcasing photography by Audrey
Wilson 'Wild Luxuries.' Wilson’s passion
for photography seamlessly intertwines
with her love for the outdoors. From
cityscapes, snow-capped mountains,
to golden sunset waves, her
photographs capture moments
that celebrate the essence of life.
This pop-up exhibit fully embraces
the California lifestyle that Celadon
House celebrates in its design. Channing Peake Gallery
105 East Anapamu Street, 1st Floor
Join us for the opening reception
for Wit and Whimsy: Selections
from the Collection of Michael
and Nancy Gifford, a new exhibition
showcasing a variety of iconic
contemporary works in mixed
media by local artists. Colette Cosentino Atelier + Gallery
11 West Anapamu Street, 805-570-9863
Join us for a SAMPLE SALE and
SMALL PAINTING and PRINT
SALE!!! $100 cash sale, $20 cash
for the open edition paper prints!
An array of new and older work will
be on view and available for purchase!
Doors open at 5:00 pm sharp so be
sure to get there early for the
best selection!!! Early California Antiques
1331 State Street, 805-837-8735
Over 20 works never seen before
by Conrad Buff. Born in Speicher,
Switzerland, Buff moved to Los
Angeles in 1906. Buff did a
number of large scale murals for
banks, schools, and libraries,
and with well-known California artist,
Edgar Payne, painted a 1000-foot
mural for a Chicago hotel.
Conrad Buff from the vaults, 1886-1975. Grassini Family Vineyards
24 El Paseo, 805-897-3366
Pop-up art show featuring pieces by
the talented artists of the SlingShot
Gallery, a local studio that offers the
space and tools for artists with
intellectual disabilities to create and
sell art. Enjoy discounted glasses
of Grassini wine while admiring a
fantastic assortment of original artwork! Jamie Slone Wines
23 East De la Guerra Street, 805-560-6555
Taking a year between City College and
UCSB, local photographer Kiel Rucker
backpacked through Western Europe,
bringing along his camera. He discovered
photography to be a powerful vehicle
for conveying us back into singular,
silent and unqualified moments;
within these fleeting, curious and
beautiful moments with people and
in nature, he finds a fascination
with life and a love for photography. Posted by SantaBarbaraTalk.blogspot.com at 6:54 PM 0 comments 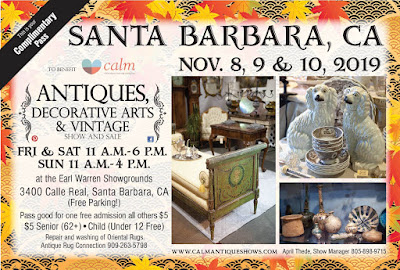 Posted by SantaBarbaraTalk.blogspot.com at 6:30 PM 0 comments