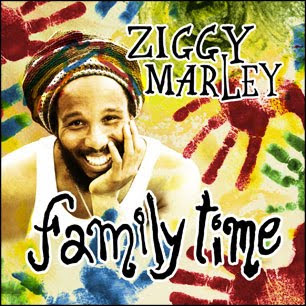 "Instantly winning, the music is rich with reggae rythms and melodies you and your children will be singing together with joy..." (The Wall Street Journal) 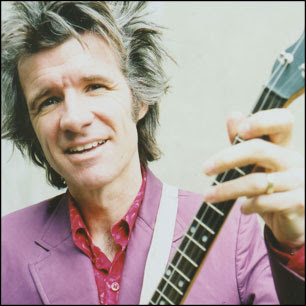 Dan Zanes and Friends returns with exhuberance, handmade rock music for kids and parents alike.  The New York Times calls it "true children's music, but executed with sweet and un-gooey humor, casual multiculturalism, and shambling groove that you can call it your own."

Balloons, food, face-painting and family fun just before the show.

information from the Arts & Lectures Program by the University of California at Santa Barbara
http://www.artsandlectures.ucsb.edu/
Posted by SantaBarbaraTalk.blogspot.com at 3:15 PM 0 comments

through October 31st, Friday and Saturday evenings at 7 pm and Sundays at 1 pm
Circle Bar B Dinner Theatre
presents
The Cocktail Hour 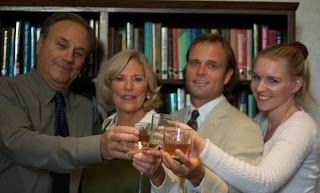 written by A.R. Gurney, Directed by Jim Sirianni
starring Leesa Beck, Matt Cooper, Don Margolin and Kathy Marden
Recriminations and revelations both funny and poignant reveal themselves during the traditional cocktail hour in this dramatic comedy about family and the power of love.
general admission tickets $45/person for dinner and the theatre.
Senior rates $37/person Friday nights and Sundays only
http://www.circlebarbtheatre.com/

Tucked away in a secluded country canyon just 20 minutes from Santa Barbara lies the Circle Bar B Guest Ranch.  This country retreat offers a taste of the old west with authentic trail rides, home cooked meals and even live comedy dinner theatre.
The theatre, a small intimate converted barn and bunkhouse has presented comedies and musicals for over 36 years. Dinner features tri-tip barbequed to perfection by owner Jim Brown.  David and Susie Couch are the theatre's producers and will personally welcome you to the dinner and theater.
Posted by SantaBarbaraTalk.blogspot.com at 3:29 PM 0 comments 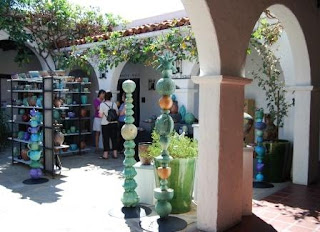 2010 Featured Artist - The Oak Group
Begun 24 years ago, The Oak Group publicizes the disappearance of precious open space by holding exhibitions of their paintings.  More than 65 exhibitions later, The Oak Group has established itself as a powerful philanthropic organization whose mission is to raise public awareness of endangered landscapes in and around Santa Barbara County. 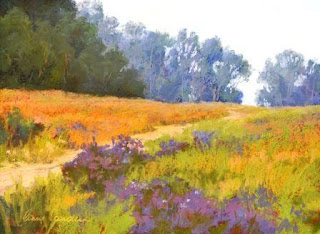 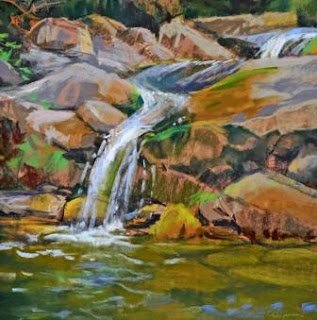 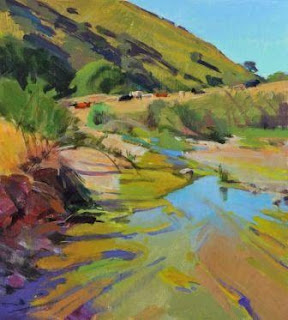 Marcia Burtt, Cattle Above the Creek
Additionally, you will find more than 200 works of art by local children along with works by 200 other fine artists, including jewelry, fabric art, pottery and mixed media art. All art (except the childrens' art) will be for sale. 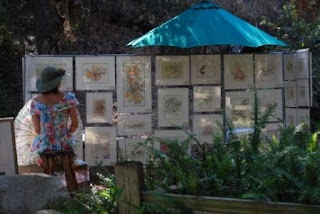 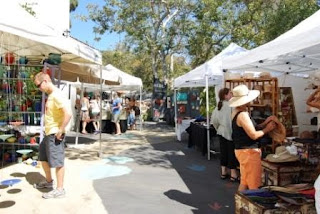 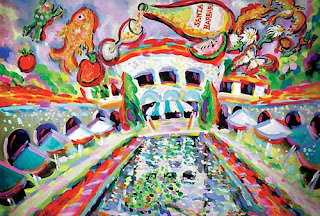 Suzanne Goin will be this year's Celebrity Chef.  Suzanne is know for  LA's fine restaurants, Lucques, A.O.C. and Tavern. Suzanne and her husband David Lentz recently opened The Hungry Cat in Santa Barbara.

Friend and fellow superstar Cat Cora (who lives in Santa Barbara) introduced Suzanne to the Santa Barbara Taste of the Town Benefit. $100/advance purchase; $125/at the door
Limited Opportunity Drawing
2010 Vespa
100 tickets available at $100/each
to make your reservation, log on to http://www.tasteofthetownsantabarbara.com/

PS  The Riviera Park is the original location of the University of California at Santa Barbara (UCSB)
Posted by SantaBarbaraTalk.blogspot.com at 4:31 PM 0 comments 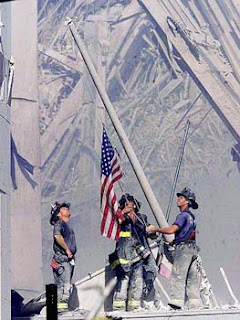 ....and our flag was still there....
God Bless America
Posted by SantaBarbaraTalk.blogspot.com at 11:55 AM 0 comments

In the Heart of downtown Santa Barbara.... 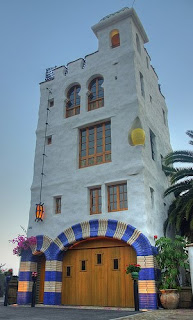 (photo by Gotfish@Santacruz.com from Flikr)
stands The Ablitt House...aka The Happy House...
the creation of Santa Barbara Architect Jeff Shelton, executed by Dan Upton Construction along with a merry band of local artisans and artists commissioned by owners Neil and Sue Ablitt.
The Ablitts own Ablitts Fine Cleaners and Launderers which is located on Haley Street just west of State Street, next to a tiny 20x20' parcel which now occupies the Ablitt House surrounded by hotels, restaurants and shops.
Upon returning from a long sabatical in Mexico where Neil and Sue lived on their 37-foot sailboat the Ablitts approached architect Jeff Shelton (known for his whimsical architecture) about developing a home on the parcel. And so the impossible task was begun.  Four years of endless negotiations with the Planning Commission and City Council finally brought approval! (my architect husband, Doug Reeves, said this was no small task to get approved!) 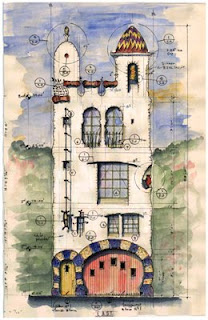 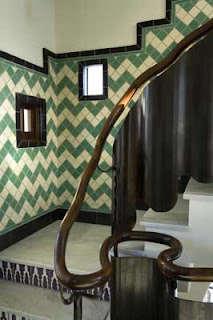 A 108-foot continuous black walnut handrail, created by David Moseley, follows the entire stairwell's Italian marble steps to the top. More than 10,000 custom decorative tiles are featured throughtout the house  as statement of art itself. Add to that paintings, sculpture, ironwork lampshades and even the specially built bed in the Master (and only) bedroom... all artistic creations specifically for the Ablit House. 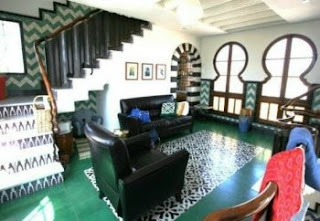 The Gem Show is Back in Santa Barbara! 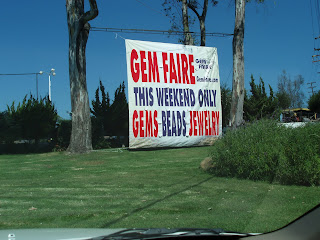 September 3, 4, 5
Friday noon-7pm; Saturday 10 am-6pm; Sunday 10am-5pm
Whether you love wearing, giving or owning bling or you are creative and like making jewelry, a professional jeweler; or are just curious ...attending to a Gem Faire is an amazing experience. 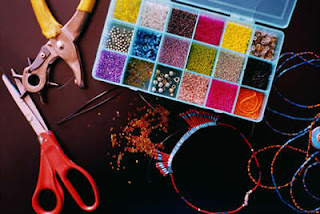 Earl Warren Show Grounds become one great big candy store...eye candy!  It is a must see experience!  Rows and rows of strands of every imaginable bead, gem and bauble imaginable is laid out to view, touch, haggle over...leave behind or own.  If you are a rock hound, there are dealers for you; if you are interested in fine jewelry you will find fabulous buys.
There is something for all ages, although this is not a happy place for todlers. 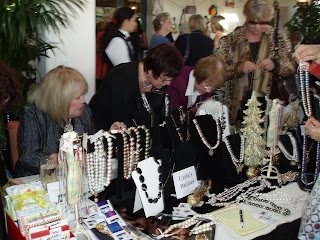 Santa Barbara's show does not rival the week show in Arizona, or even the one in Las Vegas...but it is pretty special.  Buyers, artists, jewelers and lookie-loos come from the tri-counties to join in this wonderful event. Classes and demonstrations in bead stringing, wire wrapping, cab making and lapidary arts are being held during the 3-day event.
for more information:  http://www.gemfaire.com/
Posted by SantaBarbaraTalk.blogspot.com at 7:07 PM 2 comments