Orchid lovers, flower fans and admirers of all things wild and wonderful, save the dates!  On March 17-19, 2017, Santa Barbara International Orchid Show (www.SBOrchidShow.com) returns to Earl Warren Showgrounds in beautiful Santa Barbara, California.  Thousands of blooms in every imaginable shape, color, pattern and texture, will be showcased at the show, one of the country’s largest and oldest celebrations of orchids.
The 72nd annual Santa Barbara International Orchid Show’s theme, “Orchid Mystique,” pays homage to a family of flowering plants that boast 25,000 species, among which beauty is ubiquitous and uniqueness is commonplace.  Some are sexy (One species attracts male bees by mimicking the look, scent and feel of a female bee) while others are secretive (it took scientists years to find a moth with a foot-long tongue for pollinating an orchid that hides nectar 12 inches deep).
The three-day Orchid Show highlights bold and beautiful horticultural innovations and feats of evolution represented by more than 50 orchid exhibitors and vendors from around the world.  A highlight of this year’s event is the vanilla orchid, which will add taste to the list of senses stimulated by the diverse array of plants.
Santa Barbara International Orchid Show is open Friday, March 17 through Sunday, March 19 from 9am to 5pm daily at Earl Warren Showgrounds, located in Santa Barbara at Highway 101 and Las Positas Road.  General admission is $14; seniors, students with ID and advance group sales (minimum 25) are $12; and children 12 and under are free with an adult.
For more information, tickets and directions, click here
Posted by SantaBarbaraTalk.blogspot.com at 11:31 PM 0 comments Posted by SantaBarbaraTalk.blogspot.com at 10:44 AM 0 comments

Posted by SantaBarbaraTalk.blogspot.com at 7:48 PM 0 comments

Date: Saturday, March 4, 2017
Time: 10:00 AM
Location: Fess Parker’s Doubletree Resort and Hotel
Individual tickets are $150
Fannie Flagg’s career started in the fifth grade when she wrote, directed, and starred in her first play, titled The Whoopee Girls, and she has not stopped since. At age nineteen she began writing and producing television specials, and later wrote for and appeared on Candid Camera. She then went on to distinguish herself as an actress and a writer in television, films, and the theater. She is the bestselling author of Daisy Fay and the Miracle Man; Fried Green Tomatoes at the Whistle Stop Cafe; Welcome to the World, Baby Girl!; Standing in the Rainbow; A Redbird Christmas; Can’t Wait to Get to Heaven; I Still Dream About You; and The All-Girl Filling Station’s Last Reunion. Flagg’s script for the movie Fried Green Tomatoes was nominated for an Academy Award and the Writers Guild of America Award and won the highly regarded Scripter Award for best screenplay of the year. Flagg is the winner of the Harper Lee Prize. Flagg lives happily in California and Alabama. 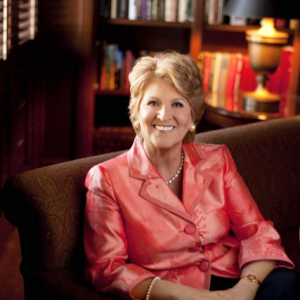 Dianne Dixon is a double Emmy nominee and winner of the prestigious Humanitas prize for outstanding accomplishment in writing for television. She was Visiting Professor of Creative Writing at Pitzer College in Claremont, California and has taught screenwriting at Chapman University’s Dodge College of Film & Media. The Other Sister is Dianne’s third novel. Her second novel The Book of Someday was a featured 2013 Buzz Book at the largest publishing trade fair in the US. And her debut novel The Language of Secrets was named a Top Ten New Fiction title by Amazon. 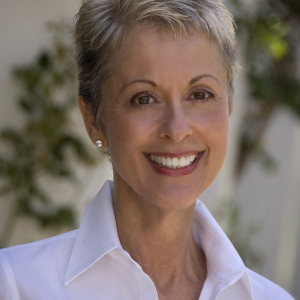 Craig Johnson is the author of eight novels in the Walt Longmire mystery series, which has garnered popular and critical acclaim. The Cold Dish was a Dilys Award finalist and the French edition won Le Prix du Polar Nouvel Observateur/BibliObs. Death Without Company, the Wyoming State Historical Association’s Book of the Year, won France’s Le Prix 813. Another Man’s Moccasins was the Western Writers of America’s Spur Award winner and the Mountains & Plains Independent Booksellers’ Book of the Year, and The Dark Horse, the fifth in the series, was a Publishers Weekly Best Book of the Year. Junkyard Dogs won the Watson Award for a mystery novel with the best sidekick, and Hell Is Empty, selected by Library Journal as the Best Mystery of the Year, was a New York Times best seller, as was As the Crow Flies. The Walt Longmire series is the basis for the hit A&E drama, Longmire, starring Robert Taylor, Lou Diamond Phillips, and Katee Sackoff. Johnson lives in Ucross, Wyoming, population twenty-five. 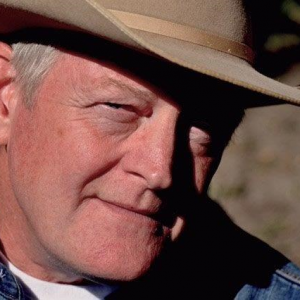 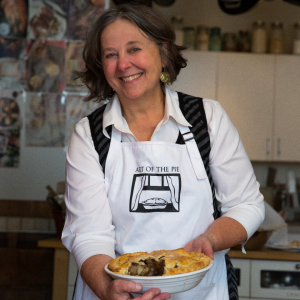 World of Pinot Noir in Your Glass

Though it took the Hollywood help of Sideways — let’s just get that mandatory nod out of the way — pinot noir was always primed for the spotlight. Not only does this grape originally from France’s famed Burgundy region present an unparalleled array of aromas and flavors ranging from fruit to flower to forest, but the fickle variety also tends to be grown in the most dramatic of landscapes by the most interesting of people. Behind every great pinot is a unique combination of geography, geology, and human ingenuity, making the wines merely windows into much deeper sagas of people and place.
On the first weekend of March each year, the World of Pinot Noir celebrates this so-called “heartbreak grape,” bringing hundreds of pinot-philes to the Bacara Resort for two jam-packed days of tasting and talking. There’s way too many producers, panels, and dinners to mention at once, but here’s a cheat sheet for those seeking guidance next weekend, Thursday-Saturday, March 2-4.
See worldofpinotnoir.com for the full schedule and tickets.

The Talley family started farming in the Arroyo Grande Valley in 1948, but it wasn’t until they started making pinot and chardonnay in the early 1980s that their name became known across the Central Coast. Today, Brian and Johnine Talley lead the vineyard and winery operations and remain involved with their extended family in Talley Farms, which wholesales vegetables all around the country as well as through their popular CSA (community-supported agriculture) program. “That’s been such an incredible shot in the arm for our business,” said Brian of this direct-to-consumer option they now offer to fans from San Luis Obispo to northern Santa Barbara County.
This year, the Talleys are releasing a beautiful book of family lore and recipes called Our California Table: Celebrating the Seasons with the Talley Family. Featuring photographs by Lompoc’s own Jeremy Ball, the book, which was written by Brian, discusses the value of family, profiles various vegetables and fruits that they grow, and gives a very halcyon tint to the present, enough to make any Central Coast resident proud.
Brian will sign copies of Our California Table during the main tastings on Friday and Saturday, as guests sip on wine from more than 200 combined producers and nibble bites from C’est Cheese.
See talleyvineyards.com.

Each month, I review more than 150 Central Coast wines for Wine Enthusiast, so I know many of these wines and winemakers quite well. Here are a few producers from around the region (and a little beyond!) you may not yet know:
Clos de la Tech: This estate winery, owned by tech moguls T.J. and Valeta Rodgers, combines cutting-edge technology with old-school methods to produce incredibly earthy wines from the steep hillsides in San Mateo County. closdelatech.com
Dolin: Former music executive Elliott Dolin is one of the Malibu Coast’s loudest cheerleaders but also makes great pinots from Bien Nacido, Solomon Hills, and Rincon vineyards. dolinestate.com
Kynsi: Don Othman invented the Bulldog Pup, which gently racks wine from container to container using inert gas, and then started his own winery in the Edna Valley, surrounded by the Stone Corral Vineyard. kynsi.com
Last Light: Jared Lee and David Sartain source grapes from the most coastal vineyards they can find — the ones that see the last light of the setting sun — which for now is Derbyshire in San Simeon and Spanish Springs behind Pismo. lastlightwine.com
Lutum: Onetime wonderboy Gavin Chanin is growing up, still making light but flavorful wines under his eponymous label but also focusing on the soils in this Sonoma-S.B. partnership with Bill Price. lutumwines.com
New Zealand Winegrowers: Last year, I found the New Zealand table one of the most fascinating. They always bring a variety of wines from their distinct appellations, opening eyes to a wild array of scents and tastes that this one grape allows. nzwine.com
Peake Ranch: John Wagner is the John in John Sebastiano Vineyard, one of the Sta. Rita Hills’ finest. This is his new venture, on the southeastern side of the appellation, with Paul Lato as winemaker. peakeranch.com
Ryan Cochrane: The former advertising executive from San Francisco now makes stunningly bright and delicate wines from Solomon Hills and Fiddlestix vineyards. ryancochranewines.com