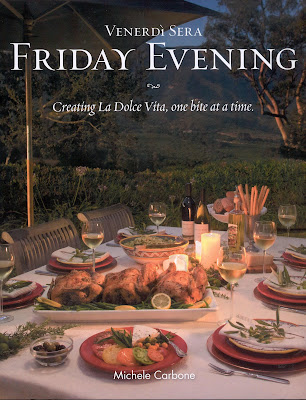 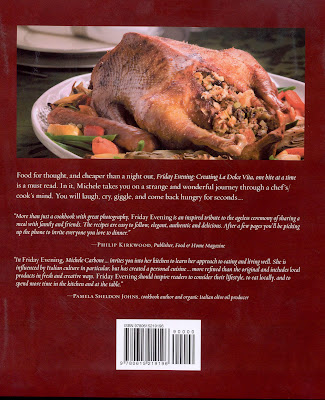 Santa Barbara's communities offer a Farmer's Market
every day of the week in a neighborhood near you. 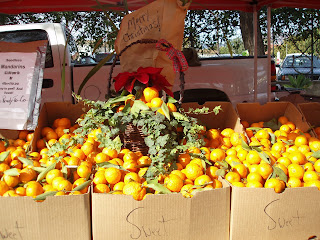 Michele will inspire you to make the most of your Friday Evenings...
and every evening of the week! 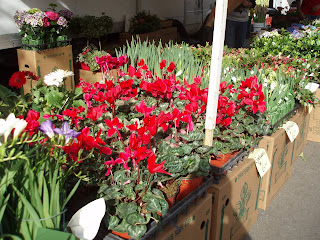 by inspiring you to a culinary lifestyle which offers
a simpler and more rewarding and healthy way of living,
enjoying and sharing, based on using recently harvested
local seasonal food...the life of a Locavore! 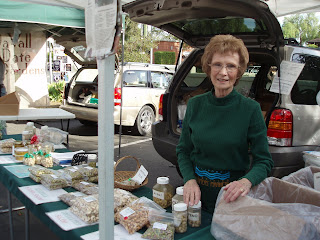 La Dolce Vita, one bite at a time is as close as your
Farmers' Market

Rules for the Give-a-Way Drawing ending June 30th
signed copy of 'Friday Evenings'
Do one of the following, each entry 1-4 gives you an opportunity

Each of the above entries give you a chance in the drawing and you may
enter all ways possible for multiple entries.
If your name is drawn I need to contact you to get your snail mail address.
Everyone is welcome, including out of country entries.  (A winner from outside
of the US will receive Friday Evening  by book rate, snail mail)

Posted by SantaBarbaraTalk.blogspot.com at 4:20 PM 1 comments 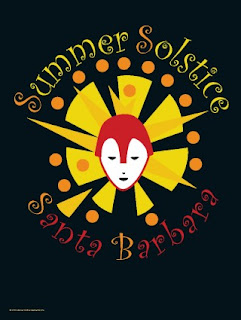 The theme for 2011 is "Jungle".  The Summer Solstice Parade features more than 1,000 parade participants, complete with extravagant floats, whimsical costumes and creatively choreographed dancing ensembles. The Santa Barbara Summer Solstice Celebration has become the premier Santa Barbara County arts event, drawing crowds of over 100,000 spectators from around the world.

The parade winds up at Alameda Park a little past 1 pm with the final entry usually appearing ater 2 pm.  The Alameda Park Festival continues the celebration with live music by local and international artists; delicious foods and beverages, an arts and crafts boutique with more than 75 artisans and craftsmen; a large "drum circle" performed by the parade participants and anyone who cares to join in the beat.  The wonderful floats from the parade are on display.  A special children's area features a stage with story tellers, musicians, drama and mimes. (this information, including the photograps was obtained from the Solstice Parade website)

for maps and more information visit:  http://www.solsticeparade.com/index.php/parade
This is truly one of the most fun events of the year!

Posted by SantaBarbaraTalk.blogspot.com at 12:30 AM 5 comments 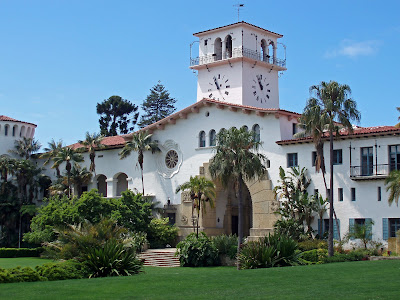 For almost 160 years this site has been the home of local government
and a place of civic pride and celebration.Constructed in 1926 after
the smaller Greek-Revival Courthouse was damaged in an
earthquake the previous year. 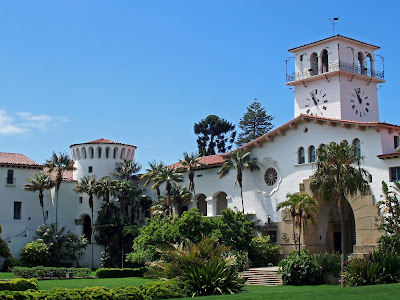 Named in honor of Saint Barbara, the courthouse complex is
comprised of four buildings totalling 150,000 square feet.
A full basement contains mechanical equipment, parking and
storage. The jail wing is no longer used for prisoner holding.
When constructed in 1929 there were just two courtrooms located
in the Figueroa Wing, with other county government offices. 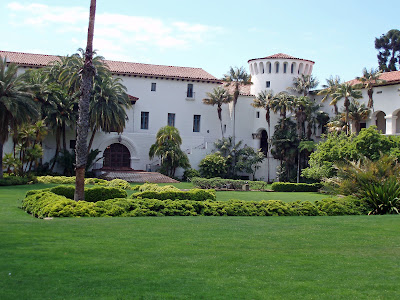 The "Sunken Gardens" and the "Steps" are the venue for many of
Santa Barbara's wonderful events...Easter Services, Patriotic Pops
Concert on July 4th, Opening of Fiesta, Graduation Events and many
more civic and private events.  The Court House Gardens
and facilities are available for weddings and private events. 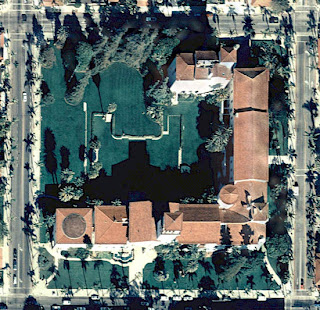 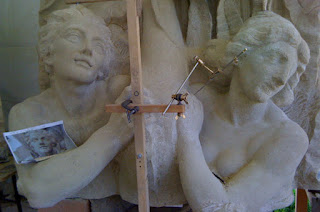 The Spirit of the Ocean Fountain has been in critical need of replacement.
Over the last five years or so of planning, fundraising and talent searching,
the carving is underway. Stop by and check out the progress for yourself.
Monday-Saturday 7 am to 6 pm.
http://www.courthouselegacyfoundation.org/Projects.html 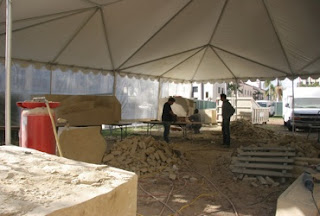 (information and restoration photos from the Courthouse
and Legacy websites)
For more information on the restoration of the Clock Room,
the Mural Room Windows and Draperies visit the
Legacy Foundation Website.
The Court House offers Docent led tours Monday,
Tuesdays, Wednesdays and Fridays at 10:30 am.
Tours begin in the Mural Room on the second floor.
Also:  Garden Tours are 10:30 am first and third
Saturday of the month
meet under large arch on Anacapa Street.
Free.  962-6464
I proudly received my American Citizenship in the
Mural Room many years ago.
Posted by SantaBarbaraTalk.blogspot.com at 9:53 PM 0 comments 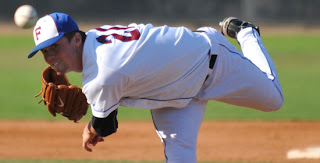 A College Summer Baseball team based in Santa Barbara, California.
The Foresters are a member of the California Collegiate League
of the National Baseball Congress 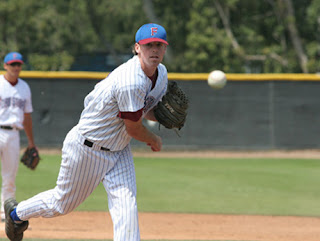 The Foresters provide an opportunity for college baseball players to gain experience using wood bats  before signing with a professional baseball team.  They have become one of the top summer baseball teams in the country after winning their division  fourteen straight years and a national championship in 2006 and 2008.

There are currently approximately 50 former Foresters playing in the Majors!
The Foresters are partners with the Hugs for Cubs program.   Hugs for Cubs is a non-profit created in 1995 through the inspiration of Forester Pitcher Eric Pintard.  Diagnosed with a rare form of spinal cancer, "E.P" battled back to take the mound as a starter in the 1998 season.  Through his own determination, by living life to the fullest, Eric showed that self healing was possible.  Sadly, Eric passed away in February of 2004 after battling a form of brain cancer.  Eric's legacy is not only the Hugs for Cubs program, but the hope and joy that remain in the hearts and minds of everyone who was touched by this special and giving young man.
Forester players field a baseball camp for cancer stricken youngsters, take Cubbies on a special trip to an
Anaheim Angels game,  conduct events for them locally and visit young cancer victims in hospitals where-ever they play around the country.  If you are interested in knowing more about the Forester Hugs for Cubs program, contact the Santa Barbara Foresters at http://www.sbforesters.org/Hugs%20For%20Cubs.html.
to follow the Foresters, visit the Santa Barbara Foresters Facebook Page:
http://www.facebook.com/pages/Santa-Barbara-Foresters/109412752411343?sk=info
PS:  my family's personal life has been enriched by the "boys of summer" who have come from around the country to stay at our home during the season. I am a "Baseball Mom" of a son who played baseball from the age of 5 through college (and still plays Club baseball), a husband who played baseball and coached his Little League Team to a Regional final;  and a "Forester Mom" to several College players who spent their summer residency at our home; along a husband who has served on The Forester Board of Directors for numerous years and loves being a "Summer Dad".

It is Summer in America and we are blessed! 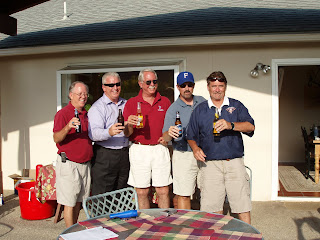 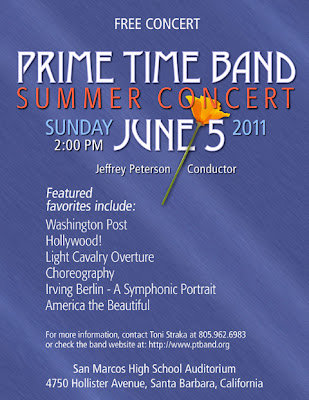 Posted by SantaBarbaraTalk.blogspot.com at 11:57 AM 2 comments