Home should be an experience, not just an address.


The Santa Barbara and Central Coast Home Shows showcase over 100 Exhibitors and Sponsors offering expert ideas and products in all facets of indoor and outdoor home improvements. Charles and Margo (Chargo Productions, LLC), show producers, host and plan these high-quality events for homeowners in all stages of designing, remodeling, landscaping and decorating their homes. Attendees explore everything from “Green” building technologies to state-of-the-art Home Systems and Landscape concepts. With a combination of new products and expert advice from the professional, reliable and honest exhibitors, the Santa Barbara and Central Coast Home Show inspire homeowners with countless ideas on enhancing their home's comfort and functionality, as well as its aesthetic appeal and overall value.

Some of our past and present Exhibitors include:

Our goal is to give each attendee what they are looking for and more while providing our exhibitors with the results they expect from a successful home and garden show.

For more information call 805-252-5227 or visit www.ChargoProducitons.com
Posted by SantaBarbaraTalk.blogspot.com at 10:16 AM 0 comments

to include a 45 second documentary
introducing each contestant

Discovering the Best Solo Singing TalentThe Teen Star® Santa Barbara program determines the best solo singing talent from 7th – 12th graders in Santa Barbara County. Contestants interview and audition before a panel of judges. Ten semi-finalists are chosen to compete in the Teen Star® Showcase before a live audience and celebrity judges from the music industry. Three finalists are determined by the judges and audience; the audience votes electronically to select the final winner.
Instilling Professionalism
The winner of Teen Star® 2014, Mary Grace Langhorne, was awarded a recording session at Santa Barbara Sound Design, a world-class recording studio where renowned artists such as Rascal Flatts have recorded. Teen Star® winners perform at events such as Santa Barbara Fiesta, Santa Barbara Fair, and the 4th of July Fireworks Show.
Supporting Youth in the Arts
Teen Star® was established in 2010 to support performing arts programs in local schools. We give our youth an outlet to showcase their talents, providing lasting benefits for them and our entire community. Proceeds go to performing arts programs in Santa Barbara County Schools.
The following Teens were chosen out
of 100 original contestants

Posted by SantaBarbaraTalk.blogspot.com at 12:47 PM 0 comments 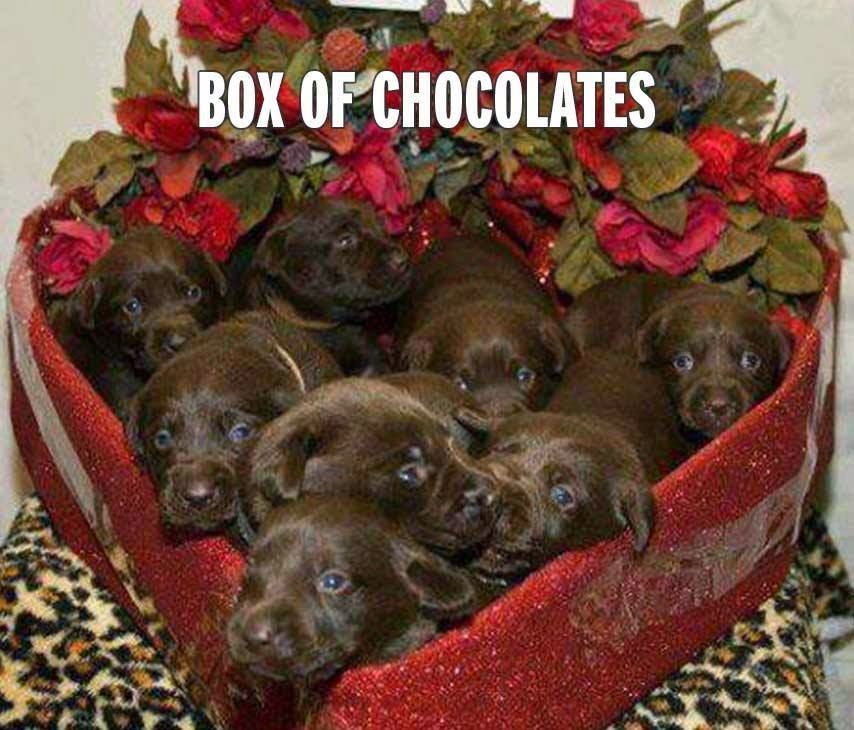 Posted by SantaBarbaraTalk.blogspot.com at 12:58 PM 0 comments

An Evening with Cat Cora

WHEN:
February 21, 2015 @ 5:00 pm – 6:30 pm
Buy Tickets Add to Calendar Add to Google Email notification
WHERE:
Bacara Resort & Spa
COST:
$49
SANTA BARBARA
Food and Libations
Spend an intimate evening at the beautiful Bacara Resort & Spa as Cat Cora discusses her experiences as a chef, culinary passion, and love for Santa Barbara. Then, join us afterward to mingle with other foodies while enjoying Santa Barbara inspired small bites by Bacara’s award-winning chefs and wine by our featured partner.
This special evening includes:
$49 per person
Buy Tickets
About Cat Cora

It’s no surprise that Cat Cora has become a world renowned chef. Her culinary aspirations began at an early age, and by 15, she had developed a business plan for her own restaurant. In 2005, she made television history on Food Network’s “Iron Chef America” as the first and only female Iron Chef, and in November 2006 Bon Appetit Magazine bestowed her with their Teacher of the Year Award, an award she calls, “the greatest recognition she could achieve as a chef.” That month, she was also honored with another great culinary distinction when she was named Executive Chef of the magazine. With restaurants at Macy’s South Coast Plaza, San Francisco and Houston’s airports and another at Walt Disney World, Cat’s bringing a taste of her culinary influence to both coasts.
Following advice from her famous mentor Julia Child, Cat left her native Mississippi for New York, where she received the education of her dreams at The Culinary Institute of America. While in New York, she apprenticed with and then worked for Chef Anne Rozenweig at Arcadia and worked at the Beekman Tavern under Chef Larry Forgione of An American Place.
Cat’s culinary education continued in Europe completing apprenticeships with two of France’s three-star Michelin chefs, George Blanc of Vonnas and Roger Verge. After returning to New York again, Cat honed her skills as a Sous Chef at The Old Chatham Shepherding Company under Chef Melissa Kelly. She soon headed West to plant her roots in Northern California, where she served as Chef de Cuisine at Napa Valley’s Bistro Don Giovanni.
Cat made her TV debut in 1999, as co-host of Food Network’s Melting Pot with Rocco Di Spirito. She went on to host My Country My Kitchen: Greece, Date Plate, and was one of the featured hosts on Fine Living’s Simplify Your Life. A documentary, Cat’s In The Kitchen, was also made about her first James Beard dinner in April, 2002.
Preceding Iron Chef America, Cat co-hosted Kitchen Accomplished on Food Network, where she worked with a design expert and contractor to surprise a homeowner with a 3-day kitchen makeover. In 2006, Cat appeared in NBC’s Primetime Miniseries, Celebrity Cooking Showdown, where celebrities were paired with famous chefs and competed in a timed cook-off à la Iron Chef America.
In May 2012, Cora stepped out of her chef’s jacket into a new role as co-host alongside Curtis Stone for Bravo’s new series, Around the World in 80 Plates. The two hosts traveled with 12 chefs competing in a culinary race across 10 countries in 44 days.

About Margerum Wine CompanyDoug Margerum has been intimately involved in both food and wine for over 30 years in the Santa Barbara region, which has made him one of the pioneers in the industry. Upon his graduation from University of California, Santa Barbara in 1981, his family purchased WINE CASK. In 1994 the WINE CASK became one of 74 restaurants in the world to earn the Wine Spectator Grand Award. Doug sold the WINE CASK in 2007 and it re-opened in 2009 with partners Anda Ashkar and Mitchell Sjerven.
Doug launched the WINE CASK futures program in 1984 in Santa Barbara, which elevated the exposure of Santa Barbara Wine Country nationally. Doug owned VITA NOVA with Bob Lindquist (Qupé) and Jim Clendenen (Au Bon Climat) from 1986 to 1998. Margerum Wine Company began in a tiny 240 square foot cold room behind Brander Vineyards in 2001. The philosophy: return wine making to its previous form of production – handcrafted and personal.
Margerum Wine Company produces limited quantities of wines made from grapes grown at the top vineyards from around Santa Barbara County. The wines are now made at their state-of-the-art winery located on Industrial Way in Buellton. Margerum carefully selects the vineyards with meticulous attention to detail in all factors influencing the ultimate quality of the wines, including pruning, soil, climate, and farming methods.
Margerum primarily produces M5 (a Rhône varietal red blend), single vineyard Syrahs, a co-fermented Syrah called ÜBER, SYBARITE Sauvignon Blanc, RIVIERA Rose and KLICKITAT Pinot Gris. Doug works with the top vineyards from the warm, eastern end of the valley in Happy Canyon of Santa Barbara to the cool vineyards of Sta. Rita Hills towards the western end of the valley.
Two new wines have been recently been added to the repertoire. BARDEN wines – an exploration of cold climate grapes grown in and around the Sta. Rita Hills AVA. BARDEN is Doug’s middle name and its English meaning is “Lives near the boar’s den”… thusly they have adorned the label with an image of the wild boar that is pervasive in the area’s vineyards.
And…Rancheria Cellars, wines that have been produced in limited quantities from a specific terroir. The Spanish word Rancheria refers to a small, rural settlement. In these communities, collaboration, support and communication were vital to the success of all as great wine is always a group effort.
Doug has also partnered with Jamie and Julie Kellner to produce CENT’ANNI wines. They specialize in three wines – a crisp dry white blend of Tocai Friulano, Pinot Grigio, and Pinot Bianco called Buoni Anni Bianco, a classic old-world Sangiovese called Buoni Anni, and a Riserva Sangiovese (three years in puncheons) called Cent’Anni red label.
Posted by SantaBarbaraTalk.blogspot.com at 6:34 PM 0 comments

‘1st Thursday: After Hours’ at Granada to Toast Upcoming Performance of ‘Alice in Wonderland’

(from Noozhawk)
Posted by SantaBarbaraTalk.blogspot.com at 11:34 AM 0 comments