Posted by SantaBarbaraTalk.blogspot.com at 1:41 PM 0 comments

Sunday and Monday, the officers and crew of the USS Milius (DDG 69) will host free public tours of the Arleigh Burke-class AEGIS guided-missile destroyer, which will drop anchor off Santa Barbara on Thursday. Reservations are recommended and can be made at Sea Landing, 301 W. Cabrillo Blvd., or by calling Sea Landing at 805.963.3564.

Sunday and Monday - Art Along The Creek

Posted by SantaBarbaraTalk.blogspot.com at 2:19 PM 0 comments

Remembering our Military on Memorial Day

In Honor of Those Who Gave Their Lives
In Our Nation's Service
We Thank YOU! 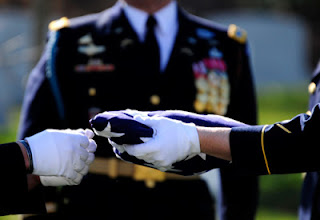 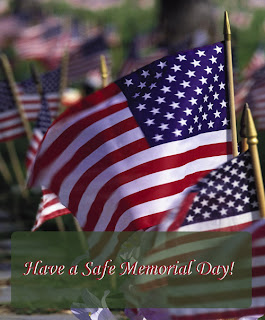 Posted by SantaBarbaraTalk.blogspot.com at 1:58 PM 2 comments

Posted by SantaBarbaraTalk.blogspot.com at 8:56 PM 0 comments

Posted by SantaBarbaraTalk.blogspot.com at 11:45 AM 0 comments

Posted by SantaBarbaraTalk.blogspot.com at 12:28 AM 0 comments 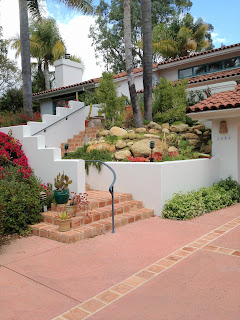 CHICAGO (May 15, 2013) – The Appraisal Institute, the nation’s largest professional association of real estate appraisers, today advised homeowners to properly maintain their landscaping, which can significantly affect property values.
“If a landscaping change is positive, it can often enhance price and reduce a home’s time on the market,” said Appraisal Institute President Richard L. Borges II, MAI, SRA. “But if the change is negative, it can lower the price and lengthen the time a home remains for sale.”
Curb appeal is essential when selling a home, Borges said, noting it’s the homeowner’s opportunity to make a great first impression. A home with lackluster landscaping or an exterior in desperate need of a fresh coat of paint will likely be unappealing to prospective buyers and ultimately could affect the home’s potential resale value, he said.
Landscaping is typically associated with lawns, trees, bushes and flowers. But other items also can be considered part of landscaping, such as fire pits, decks, patios, waterfalls, swimming pools and outdoor lighting … all of which could add to the value of the home.
Borges added that homeowners should trim growth regularly, replant approximately every 5 to 10 years depending on growth and not “overwhelm” the house. He also advised that homeowners check out what their neighbors have done and keep landscaping maintenance and improvements on par with neighborhood norms.
According to the International Association of Certified Home Inspectors, trees that are too close to buildings may be fire hazards. Additionally, larger tree root systems that extend underneath a house can cause foundation uplift and can leech water from the soil beneath foundations, causing the structures to settle and sink unevenly.
According to a recent study conducted by Lawn & Landscape magazine, about two-thirds of homeowners say they’ll get less than 60 percent of their landscaping investment back when they sell the home.
“Landscaping improvements could make an impact on resale value, and homeowners need to consider how long they’ll be in the home and whether to make short-term updates or plan for the long haul,” Borges said.
Borges said homeowners should ask themselves the following questions when it comes to the quality of their home’s green space:
Posted by SantaBarbaraTalk.blogspot.com at 6:56 PM 0 comments

The Pearl Chase Society Historic Homes Tour will visit six antique adobes and a studio that belonged to renowned cowboy artist Ed Borein.
Hidden in the heart of the historic downtown neighborhood, the tour will be open to the public from 11 a.m. to 4 p.m. on Sunday, May 19.
The tour is limited to advance reservations only as the tour has sold out. The tour tickets are $55 for nonmembers of the society, $50 for members, and $75 for a ticket and a first-time-only membership. Click here to purchase tickets online, or mail a check to the Pearl Chase Society Historic Homes Tour, P.O. Box 30405, Santa Barbara, CA 93130. For information, call 805.961.3938.
The tour will feature six adobes with iconic architecture depicting Santa Barbara’s rich cultural legacy. The adobes in the tour include Casa de la Guerra, El Cuartel, Arellanes-Kirk Adobe, Hill-Carrillo Adobe, Lugo Adobe, Gonzales-Ramirez Adobe and the El Paseo. It’s a rare opportunity that will delight history aficionados, local residences and visitors.
Santa Barbara in the 1920s saw a renewed appreciation of its Spanish Colonial past, and several prominent civic leaders set about preserving those adobe structures that had escaped regression into mud and straw with the advent of American clapboard and brick.
One of the most influential Californio families built the Casa de la Guerra. It was the center of Santa Barbara’s social and political life. Accurately restored and plenteous in history and legend, it continues that role today with special exhibits and living history reenactments on the day of this year’s tour.

The El Cuartel, the oldest adobe in Santa Barbara and second oldest in California, is the only original part of the Presidio still standing. It became the home of retired Presidio soldier José Jesus Valenzuela and 100 years later housed the local Boy Scout Council.
The Arellanes-Kirk Adobe is a private residence. The expanded home contains the original adobe house belonging to Barbara Dominguez, whose marriage to Francisco Arellanes linked two historic Spanish families — hers dating back to the Santa Barbara Presidio; his to service with Hernando Cortés.
Daniel Hill, a Yankee sailor who married the young and beautiful Rafaela Luisa Ortega, built the Hill-Carrillo Adobe in 1825. The old adobe walls have absorbed a wealth of history. Major Max Fleischmann, who presented it to the Santa Barbara Foundation, saved this relicario of the past from demolition in 1928.
A retired Presidio soldier built the Lugo Adobe. This humble abode was incorporated into Bernhard Hoffmann’s colorful and elegant Meridian Studio complex and served as an office for several renowned Santa Barbara architects.
The Gonzalez-Ramirez Adobe was occupied by members of the same family for nearly 100 years. The aged adobe was preserved and renovated in 1922. Today it is a private residence and bookstore offering rare publications.
The El Paseo is Rural Spanish, and domestic adobe architecture inspired the 1922 complex where Borein moved his studio after the earthquake in 1925. The tour visits the long-closed studio as well as rarely seen offices and apartments.
The mission of the Pearl Chase Society is to increase public awareness and encourage the preservation of Santa Barbara’s historic structures, gardens and other resources. It is a tax-exempt, nonprofit organization. Contributions are deductible for tax purposes to the extent allowed by law.
— Jennifer Jimmerson is a publicist representing the Pearl Chase Society.
Posted by SantaBarbaraTalk.blogspot.com at 10:15 PM 0 comments

Posted by SantaBarbaraTalk.blogspot.com at 9:37 AM 0 comments

BE A HOST FAMILY!

Every summer, the best college baseball players in the country come to Santa Barbara to play for the Foresters and help with the Hugs for Cubs. More than 200 of these young men have gone on to play pro baseball, while 30 have made it all the way to the Major Leagues. All the players need a place to stay during their time in Santa Barbara, and that’s where our corps of HOST FAMILIES comes into play. Would you consider hosting a player in your home?
If you have the room and the interest, the work is very limited: Host families not only get to attend all Foresters games and events FREE, they enjoy having a fine young ballplayer in their home as a role model for chidren (or a nice fill-in for children long moved away!). Host families are asked to provide a room and some breakfasts and lunches; players are totally responsible for their own transportation. They also have to follow YOUR house rules.
Host families past and present sing the praises of their experience. One family attended the wedding of their “summer son,” while others have enjoyed visiting with former players at Spring Training and even at Major League games! It’s a unique experience, and one that we simply can’t do without.
Support the Foresters and have a great summer by becoming a HOST FAMILY!
If you’re interested, the flyer has more information; you can email info@sbforesters.org or call 684-0657.
As a note:  We hosted Forester Players in our home for several summers and really enjoyed having the guys with us.  One of our favorites is now married with a young son (future Forester), and a high school teacher and The Baseball Coach! We still love seeing our "Summer" son.  You will really enjoy being a host family!
Posted by SantaBarbaraTalk.blogspot.com at 8:44 AM 0 comments

Wishing all the Mom and Grand-moms
A Very Happy Mother's Day! 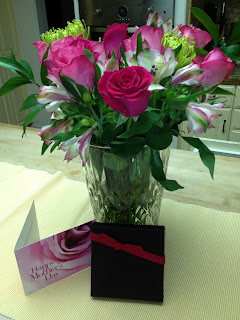 I found this lovely bouquet,
card, and chocolates
on my doorstep
this evening!
sent by my darling son,
Jon! 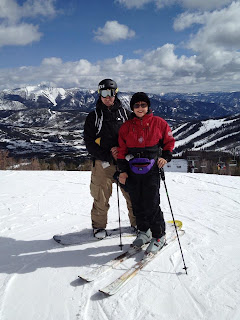 here we are skiing 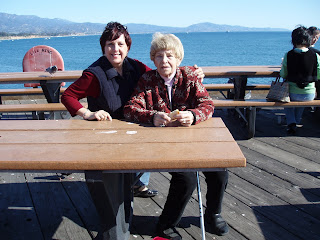 my mom, now in heaven

Hope you received something
special from your son or
daughter!  A hug, kiss, card!

Posted by SantaBarbaraTalk.blogspot.com at 11:11 AM 0 comments

Posted by SantaBarbaraTalk.blogspot.com at 4:40 PM 0 comments

How To Keep Your Home Safe While You Are On Vacation

For burglars, summer vacations are the perfect opportunity to take advantage of unoccupied homes and garages. In fact, property crimes spike during summer months, peaking in July and August.

Here are a few tips for protecting your home while you’re gone this summer:


Stay secure.
Before you leave, double check that all doors and windows are locked. Don’t forget the upstairs windows: AC units, ladders, nearby trees, and even garbage cans can give thieves access to those windows. Trim or remove shrubs that offer easy hiding places. Don’t leave spare keys outside; thieves know where to look, too.
Privacy matters.
Don’t post vacation plans on social media sites. You can’t completely control who sees your updates, regardless of your privacy settings. Have a trusted friend periodically check your home, but resist the temptation to announce your departure on the Internet.
Leave the light on.
Make it appear you haven’t left home at all. Stop your mail, or have a friend or neighbor collect it. Have someone mow your lawn if you’ll be away for a longer period of time. Set timers for inside lights or even a television. Don’t leave a porch light on continuously, though, as that could signal that you’re not home. Instead, install motion-sensing floodlights, even on the sides of your home. Many homeowners light up the front and back of their houses, but leave the sides dark, making it more inviting to burglars.
Don’t forget tiny invaders.
Bugs can also take advantage of empty homes. Before you leave, make sure all trashcans are emptied and cleaned. Don’t leave dirty dishes in the sink, and wipe any stray crumbs from kitchen counter-tops. Many bugs come inside in search of water, so fix any leaks before you leave.
Thanks to American Home Shield - Home Protection Plans for these great tips

Posted by SantaBarbaraTalk.blogspot.com at 1:21 PM 0 comments