Escape for an afternoon in the refreshing natural ambiance of Mission Creek at the 2014 Santa Barbara Wine Festival™! Taste tantalizing wines from 50 Central Coast premier wineries complemented with savory and sweet delectable delights from local chefs, caterers, bakers, and restaurateurs.
This annual summer Wine Festival helps support the Museum's mission to inspire our citizens to explore, embrace, and take care of our natural world; 100% of the Wine Festival proceeds help us achieve these goals through science education and engaging exhibits.
Check out photos from the 2013 Santa Barbara Wine Festival™ on our Pinterest Photo Board!
This is a must-do summertime favorite and the wine festival you cannot miss. Go to www.sbnature.org/tickets to reserve your tickets today!


There are many variables that go into making our

• The winemakers themselves, many of whom will be at the Santa Barbara Wine Festival™

• The innovative spirit in the production of unique, top quality wine

Take advantage of the opportunity to taste wines from the 50 best wineries from Paso Robles to Ventura.

Posted by SantaBarbaraTalk.blogspot.com at 7:54 PM 0 comments

Solstice Parade and Festival this Weekend!

06/16 Parade Noon, Festival: Fri.Sat.Sun Parade State and Cota, Festival in Alameda Park
The 40th Annual Summer Solstice Festival officially opens on Friday, June 20 at 4pm, with musical entertainment non-stop until 9pm. Local favorite “Raw Silk” with Leslie Lembo kicks off their soul/funk/jazz set at 7pm.
“It’s a weekend of outstanding entertainment for the community, and it’s free,” says Claudia Bratton, Executive Director of Solstice. “The lineup covers a wide range of tastes, from Gypsy to pop, reggae, rock, hip hop, surf grunge, Macedonian folk, and alternative music. There is something for everyone to enjoy and remember for a lifetime.”
The Saturday Festival kicks off at noon with a drum circle is open to anyone who cares to join, and entertainment on the main stage until 8pm. Thanks to generous funding from the Santa Barbara Bowl Foundation, the Children’s Stage is a “Mini Bowl” providing young performers with a professional stage experience. Among the acts are the SB Youth Music Academy, McKensie Violin Studio, SB Cheer & Elite, RemJ Michael Jackson Tribute, Zela & The Dragon Dreamers, Collective Rhythms, Orange County School of the Arts, and Classical Voice Conservatory Touring Ensemble.
On Sunday, the Festival opens at noon with live entertainment on the main stage, DJ stage and children’s Mini Bowl, from 1:30 to 6pm. Taking the main stage at 4pm is Ambrosia, the Southern California rock band with five Top Forty hit singles between 1975 and 1980, including “Holdin’ On To Yesterday.”

Feel like electronic dance music? The DJ Stage is active on Saturday and Sunday with many upgrades to the area.
The Solstice Children’s Festival is open Saturday and Sunday, June 21 and 22, noon-6pm, offering a variety of family and children’s activities including: face painting, storytellers, juggling, bounce house, craft and food booths, and free art projects.
The arts and crafts booths, food booths, and beer and wine garden are open all three days of the Festival. Vive Solstice!

For a list of performers, visit:Festival Schedule.
Posted by SantaBarbaraTalk.blogspot.com at 4:09 PM 0 comments

Yes, there are still a few charming and unique Boutiques in
Santa Barbara!  Two of them are owned by the same family and
they are next door to each other (very convenient!).

Be sure to stop by.  Located on the corner of East de la Guerra
and Santa Barbara Streets.  Across from the Historical Museum. 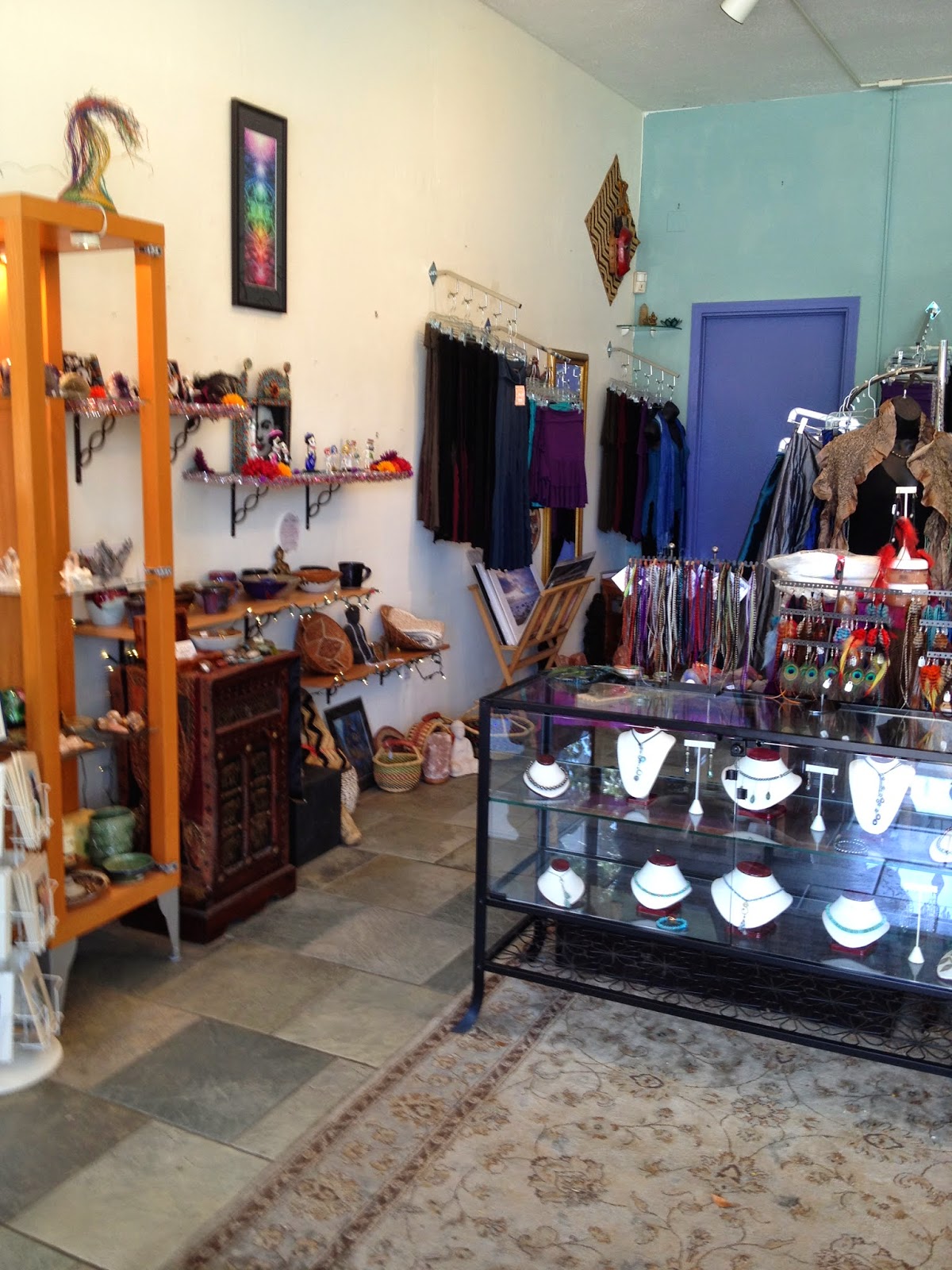 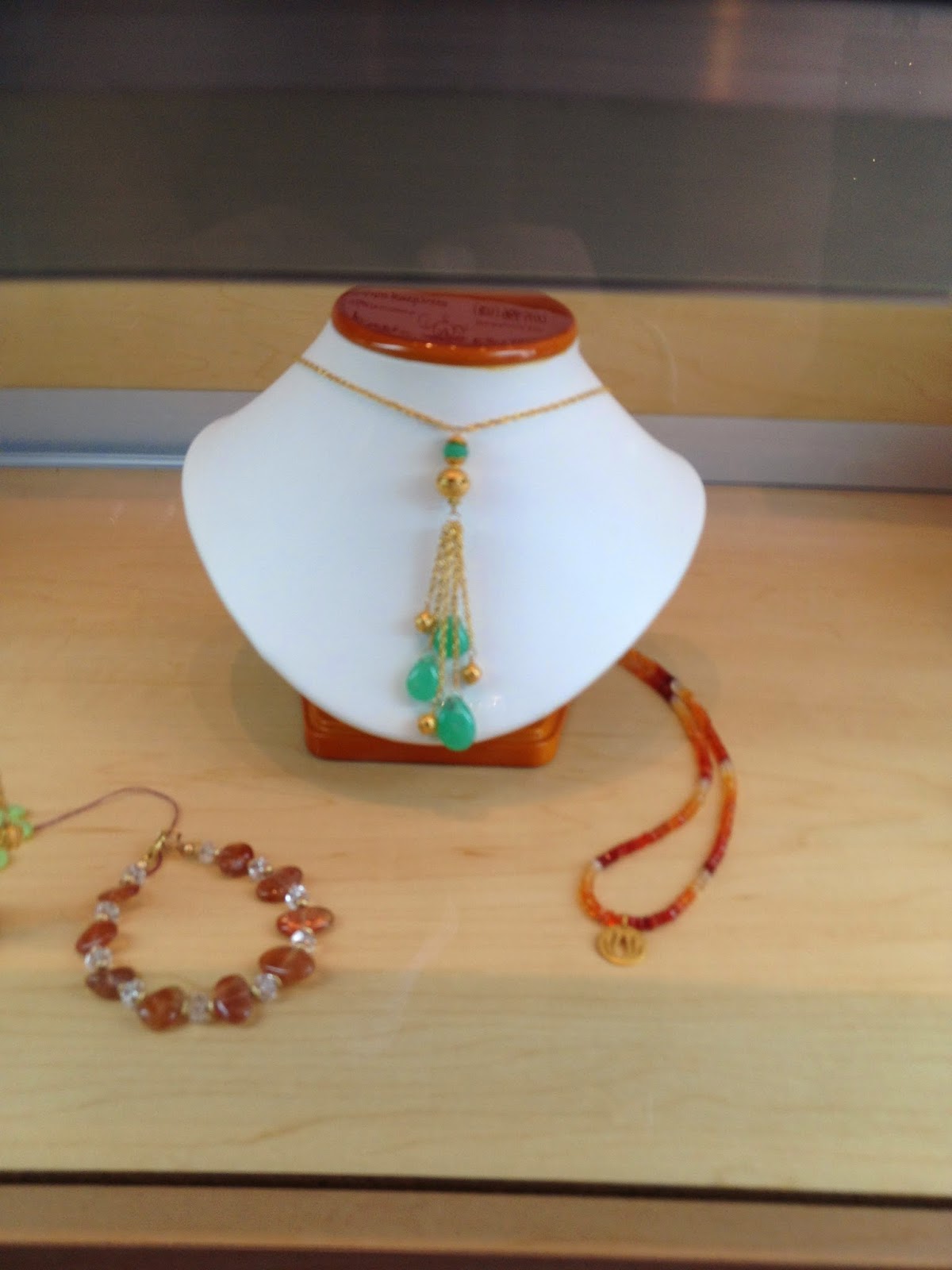 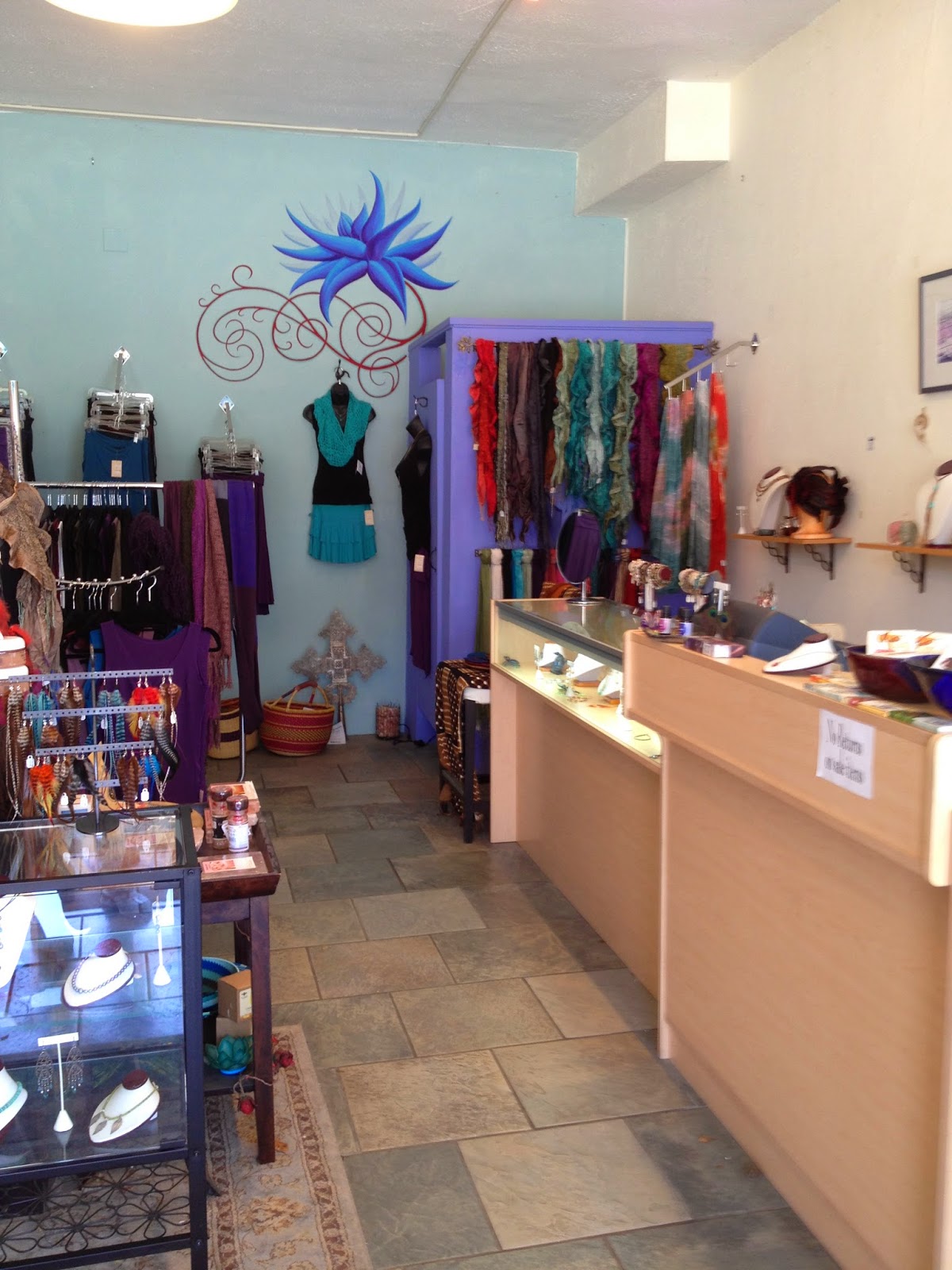 Beads is having a big June Trunk Show and Sale.  : 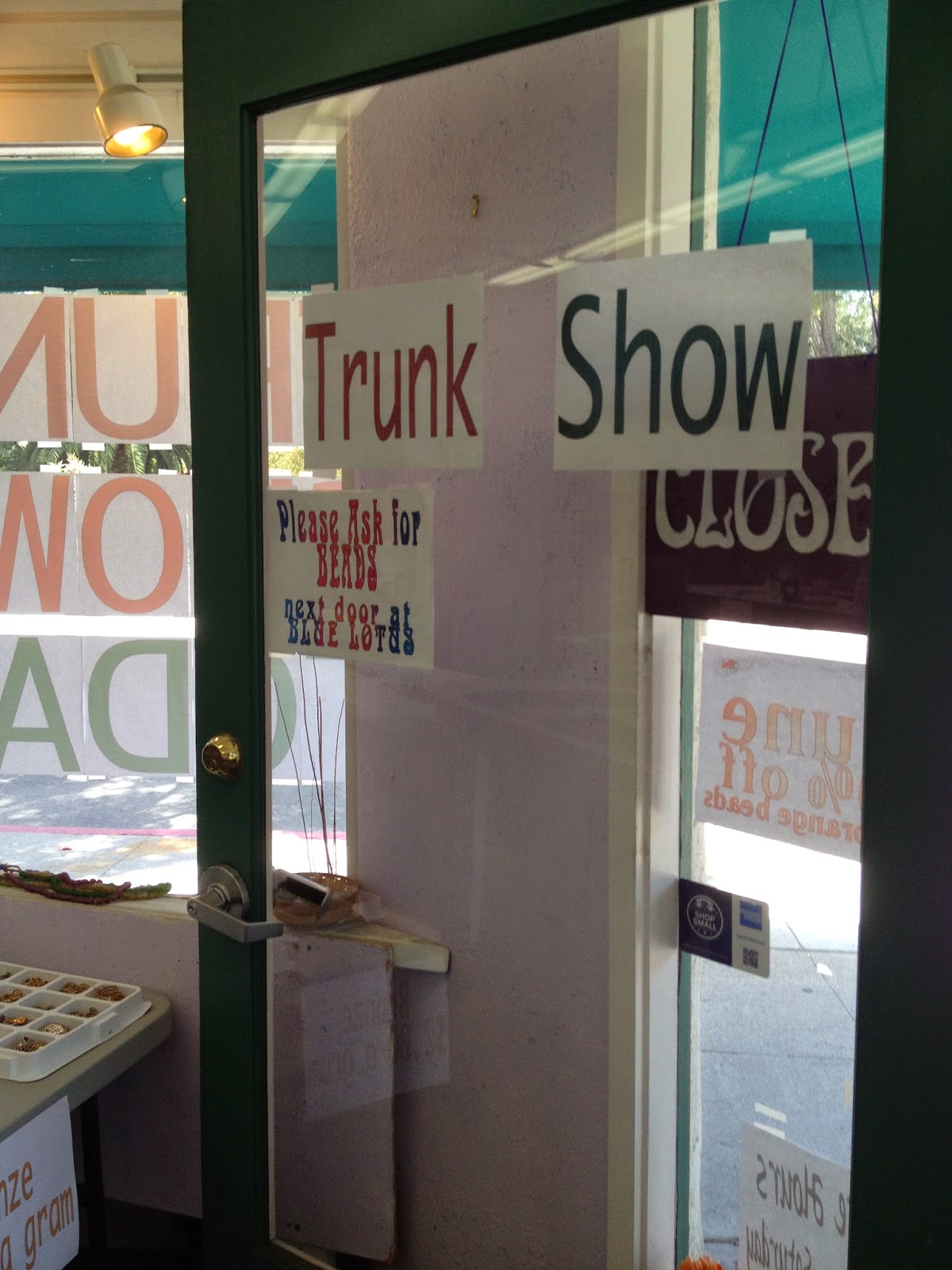 At the end of the block, across the
street and on
Canon Perdido Street
there are several charming
bistros and eateries
Make this one of your summer fun excursions!

Join us at our satellite for a two-part program, presented in collaboration with the Santa Barbara Museum of Natural History as part of the 2nd Saturdays Art Walk, Santa Barbara Funk Zone's monthly event. FREE ADMISSION. More...

It's all about The VIEW!

Posted by SantaBarbaraTalk.blogspot.com at 7:57 PM 0 comments

• Take your photo with Smokey Bear and Woodsy Owl• Create your own seashell tote bag
• Hold some of our unique critters from our Backyard Club House
• Meet our Owl neighbors Max and Athena from Eyes in the Sky.

Does your Membership need to be renewed?
Purchase A Membership>

Posted by SantaBarbaraTalk.blogspot.com at 7:47 PM 0 comments

Summer Solstice Festival will be here soon! VIP Seats for the Parade are available NOW!

02/28 June 21, 2014, Noon State and De La Guerra, State and Canon Perdido
This year’s Parade on June 21st will be the 40th Anniversary of the Solstice Parade.  VIP seats are a great way to watch the Parade, in a canopied, shaded area of reserved seating at Canon Perdido and De La Guerra.  You can order online with our Secure PayPal Server and reserve your place, as this fills up every year.  You can also the office at 965-3396 for more information.
for more information, click here:
Posted by SantaBarbaraTalk.blogspot.com at 7:44 PM 0 comments

Posted by SantaBarbaraTalk.blogspot.com at 7:36 PM 0 comments