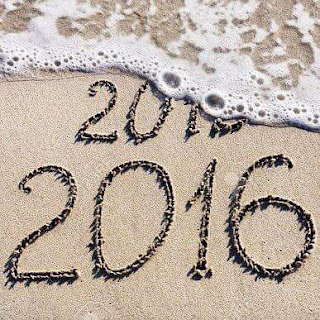 Posted by SantaBarbaraTalk.blogspot.com at 1:16 PM 0 comments

Home Improvements that pay off

Posted by SantaBarbaraTalk.blogspot.com at 9:15 AM 0 comments 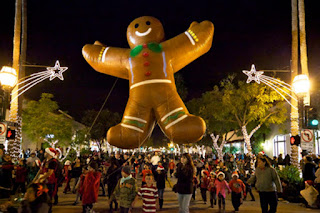 this is a fun parade because the local school
bands are on parade! 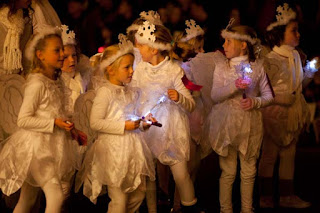 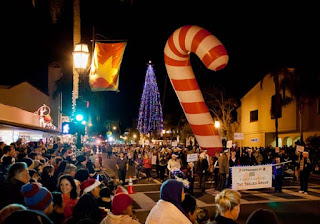 In the early 1950s, a tradition began to decorate State Street with 40-foot tall Douglas fir Christmas trees during the holidays. These trees actually lined the center divider lines of what used to be a four lane street. Sponsored then by the Retail Merchants Association, the Chamber of Commerce, and the Parks and Recreation Department, the trees were officially dedicated and lit during the Children’s Christmas Parade by the Christmas Fairy. The Children’s Christmas Parade is now known as the Annual Downtown Santa Barbara Holiday Parade and is held annually, one week after Thanksgiving.
The parade, now in its 63rd year, has since evolved into Santa Barbara’s only nighttime street parade. After 31 years of Saturday morning debuts, the parade returned to the Friday evening tradition in 1998. This year’s tradition takes place on Friday, December 4th and officially welcomes the holiday season downtown!
SANTA MEET & GREET: Friday, December 4th
More than 50,000 spectators are expected to line downtown Santa Barbara on Friday evening, December 4th, to cheer on a colossal contingent of high-stepping marching bands, fabulous holiday floats, spectacular performance groups, local personalities, and of course, the most anticipated appearance of the evening...the annual arrival of Santa Claus, dispensing holiday cheer from atop his festive sleigh.
Santa Claus will be waiting to meet you at Paseo Nuevo Center Court from 4:00-5:30 pm.
PRINCE AND FAIRY
Congratulations to our Holiday Prince, Christian Johnson and our Parade Fairy, Mikayla Bohn! Their winning artwork ensured them a spot in the Parade as the official lighters of the Christmas Tree, kicking off the Downtown Santa Barbara holiday season! (Below: winning drawings by Holiday Fairy Mikayla Bohn and Parade Prince Christian Johnson).

PARADE GRAND MARSHAL
Following directly behind the Prince and Fairy (and presumably offering tree-lighting advice) is the 2016 Holiday Parade Grand Marshal: R2-D2. An American cultural and film icon from Star Wars fame, R2-D2 is included in “The Smithsonian’s History of America in 101 Objects,” and has been inducted in the Robot Hall of Fame. His appearance marks the first time a droid from a galaxy far, far away has served as a parade Grand Marshal. Members of the world champion Dos Pueblos Engineering Academy team, armed with light sabers, have been recruited to serve as Storm Trooper guards for R2-D2’s float.

Posted by SantaBarbaraTalk.blogspot.com at 1:22 PM 0 comments