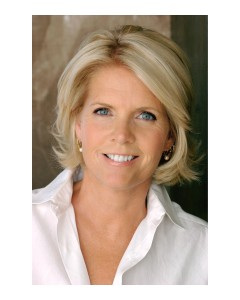 Meredith Baxter is an acclaimed television, film, and stage actress, producer, and advocate for women’s rights and breast cancer research. Noted for her accessible portrayals of intelligent, independent women who struggle with the challenges before them, Ms. Baxter achieved early success in her career with a string of television hits, including the CBS situation comedy Bridget Loves Bernie; the critically acclaimed ABC drama Family, for which she received an Emmy nomination; and, most notably, the long-running and perennially popular NBC sitcom Family Ties, in which she starred in the role of Elyse Keaton.
In her new book Untied, Ms. Baxter presents a fully realized portrait of her life as an actress, mother of five children, and grandmother, and candidly discusses her fight with breast cancer, her 19 years of sobriety, entrepreneurship, and her decision to come out.

Other Featured Guests include Jenna McCarthy, Greg Meng, and Simon Tolkien
Tickets are $125/each
includes luncheon
all authors are available for autographing their books before
and after the lunch
program


Posted by SantaBarbaraTalk.blogspot.com at 8:39 PM

How are YOU? I remember you from a while back! How are things out there in lovely S.B.? I am going out to Carmel in June and look forward to some ocean.